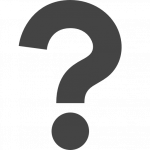 So, why do a Draft Style Fantasy EPL league? Short answer, it’s more fun! Although the reasons may vary let me tell you how I came to it.

The genesis of draftEPL.com begins in 2008. My friends and family were all getting tired of the usual Salary Cap fantasy leagues available for the English Premier League. Eventually the most efficient team would be discovered and everyone would end up with a very similar squad. And of course that makes it impossible to catch up. Interest always faded by December, even among the league leaders.

So, in 2008 we decided to try out a draft. With each player only able to be on one team you saw different strategies emerge. Of course Forwards generally get more points so those went first. But although Defenders don’t do as well, there are only a few that get decent points at all, so one friend tried to grab up all the worthwhile defenders first. And at what point do you grab up the unique Goalkeeper position? The draft was a success! Everyone was excited to see how the teams would match up in our weekly head to head contests. And you never know what can happen in any given week!

A little more of the draftEPL.com story…

By the 2012/13 season I actually had a fully functional web site able to handle multiple leagues and fully automated with data feeds from premierleague.com itself. The site slowly progressed year to year until in the summer of 2017 I discovered I no longer had free and easy access to all the raw data needed. I had no time to put in an alternative and the site died.

I still hope to create my own Fantasy Draft site. But in the meantime I hope draftEPL.com can be a resource for other enthusiasts.