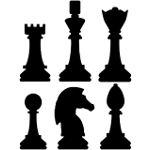 Here are some general strategies and other things to keep in mind as you plan for your draft. There are a lot of approaches you can take but our goal is to remain impartial. If you have strong feelings about the best approach or want to share other ideas we left out please leave a comment!

Unlike other sports with a single dominant league it can be hard to keep track of who will be playing in the English Premier League any coming season. You can’t simply look at last year’s stats. Players get transferred in from other leagues, three new teams have just been promoted, new players are coming up through the youth systems, players are coming back from being loaned out, and on and on.

Worse than not being aware of new potential stars in the league is choosing a fantasy points stud from *last year* that is now playing, or soon to be playing, in Spain. Or even worse, is now playing in the Championship League!

So before you do anything else do your homework on who is in and who is out. It will serve you well to do a few things:

Who To Draft First

In past years only anywhere from 3 to 6 players garnered more than 200 points on the Premier League’s scoring system. We believe any given season only has 3 or 4 sure fire bets to attain the feat. Don’t think you can outsmart everyone else here. If you have one of the first 4 picks in your draft then go with one of last year’s top points earners. Somebody proven. It’s hard to go wrong and you will have a decent advantage right out of the gate over the teams choosing from spot 5 and on.

Picks 5 through the end of Round 1

This is where the draft starts to get tricky. You have a few options but it’s still NOT time to try being too clever. Options you should consider:

Who To Draft Next

We’ll give you a few Dos and Don’ts as you progress through your draft.

This website uses cookies to improve your experience while you navigate through the website. Out of these cookies, the cookies that are categorized as necessary are stored on your browser as they are as essential for the working of basic functionalities of the website. We also use third-party cookies that help us analyze and understand how you use this website. These cookies will be stored in your browser only with your consent. You also have the option to opt-out of these cookies. But opting out of some of these cookies may have an effect on your browsing experience.
Necessary Always Enabled
Necessary cookies are absolutely essential for the website to function properly. This category only includes cookies that ensures basic functionalities and security features of the website. These cookies do not store any personal information.
SAVE & ACCEPT
wpDiscuz
0
0
Would love your thoughts, please comment.x
()
x
| Reply